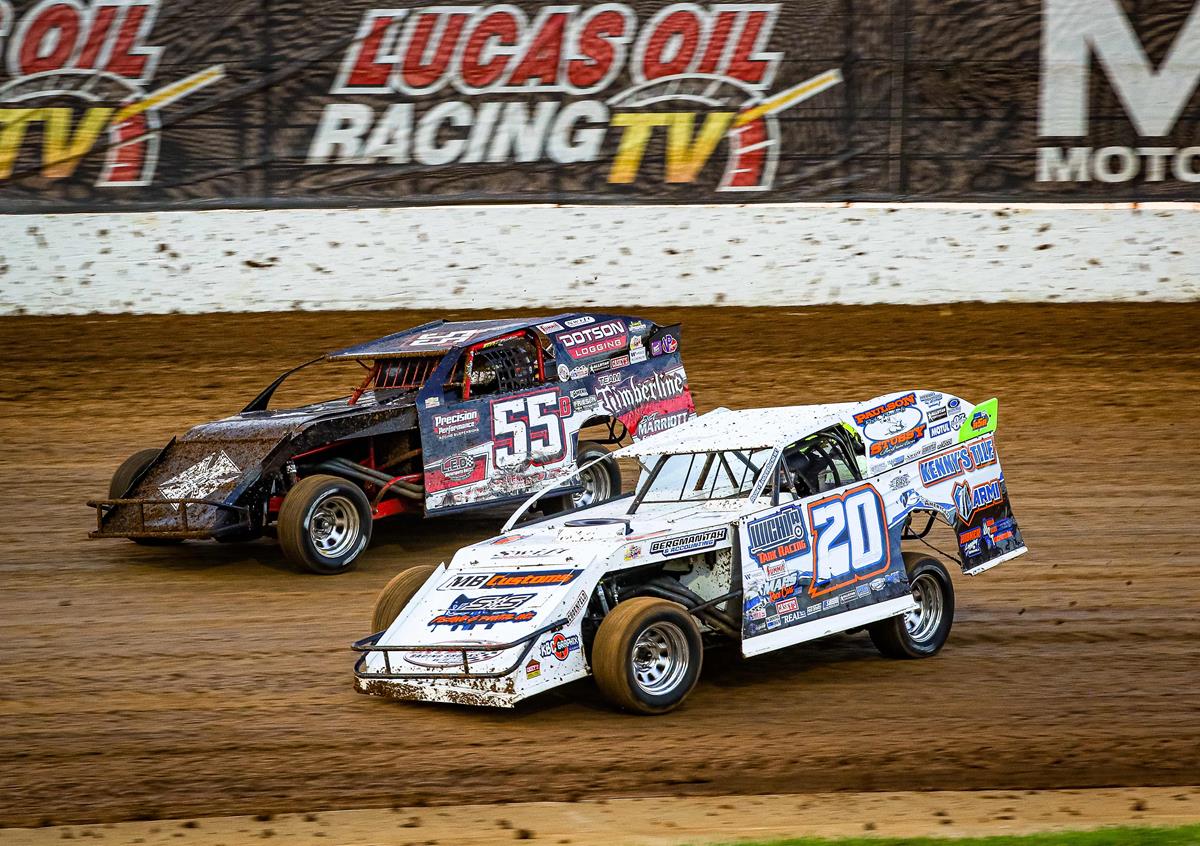 The 11th annual Slick Mist Show-Me Shootout Presented by Foley Equipment will headline a big night of action with $3,000 going to the winner of the feature. Also in action will be the Ozark Golf Cars USRA B-Mods, O'Reilly Auto Parts Street Stocks and a special guest class - the USRA Stock Cars with a $400-to-win feature.

"The USRA Stock cars put on a good show when they were on the mid-week program with the USMTS back in June and we're excited to have them back," Lucas Oil Speedway General Manager Danny Lorton said. "Along with the B-Mods and Street Stocks, this will be an outstanding night of racing."

Dereck Ramirez of Woodward, Oklahoma, earned the Show-Me Shootout victory at Lucas Oil Speedway one year ago. Ramirez has four series wins in 2020 and enters this week second in the championship chase, 114 points behind Rodney Sanders of Happy, Texas. Sanders has six feature wins this season, pushing his career total to 103.

USMTS action gets going Thursday at the 81 Speedway in Park City, Kansas, followed by the 14th Annual USMTS Summer Fling at the Humboldt Speedway in Humboldt, Kansas, on Friday.

Additional details about both series, including schedules, point standings and archived news, can be found at USMTS.com and USRAracing.com.

Along with regular ticket options, fans have the "Beat the Heat and Get a Suite" opportunity with individual tickets $40. Spectators can sit in air-conditioned comfort or view the action from seats outside, overlooking the front stretch. Contact admissions director Nichole McMillan (417) 282-5984 for more info.

For ticket questions or information for any event at Lucas Oil Speedway, contact Admissions Director Nichole McMillan at (417) 282-5984 or email her at nichole@lucasoilspeedway.com for more information.