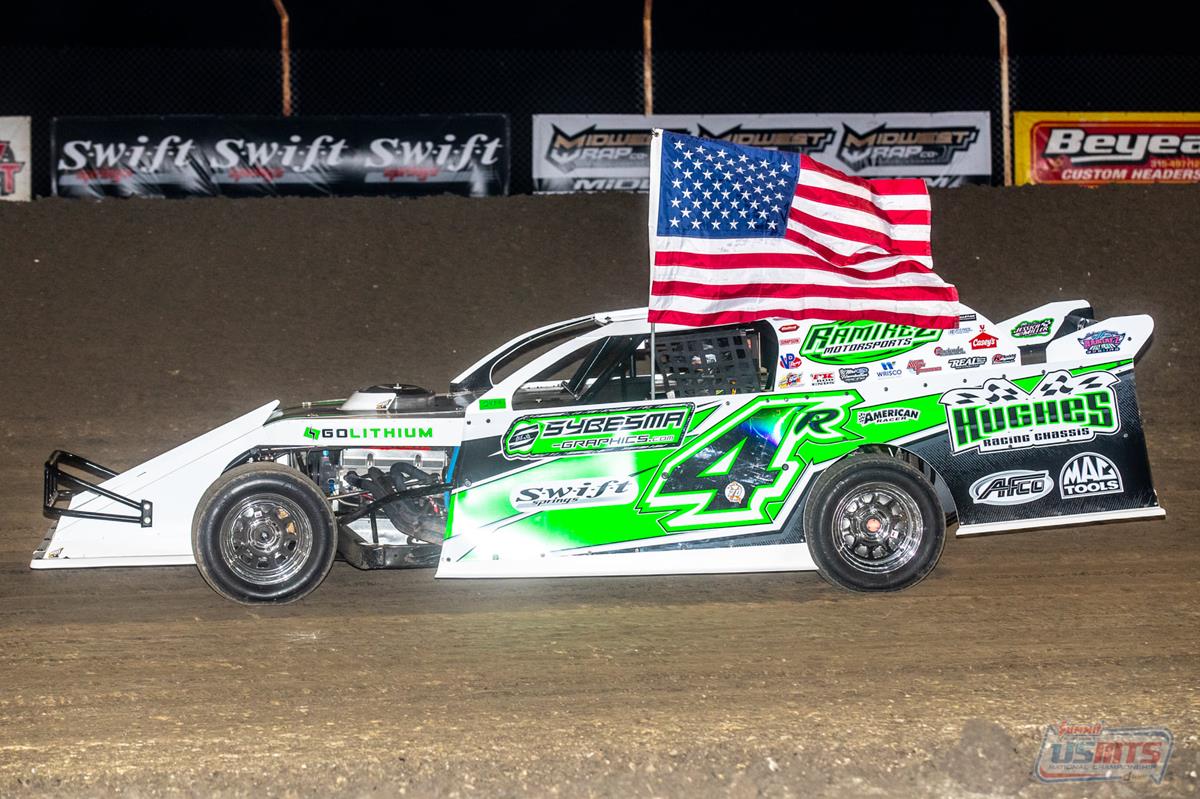 Dereck Ramirez was one of 76 United States Modified Touring Series (USMTS) entries amassed at Rocket Raceway Park (Petty, Texas) on Friday afternoon as the series kicked off the 2022 slate with a doubleheader weekend. With a fourth-to-second run in his heat race lining him up eighth on the starting grid for the opening night feature, Ramirez pulled off early on lap 15.

For the $10,000-to-win A-Main on Saturday, Dereck outdueled Shane DeVolder in his heat to pick up the win. After crossing the line in the third, Ramirez was disqualified for weighing in light at the scales.