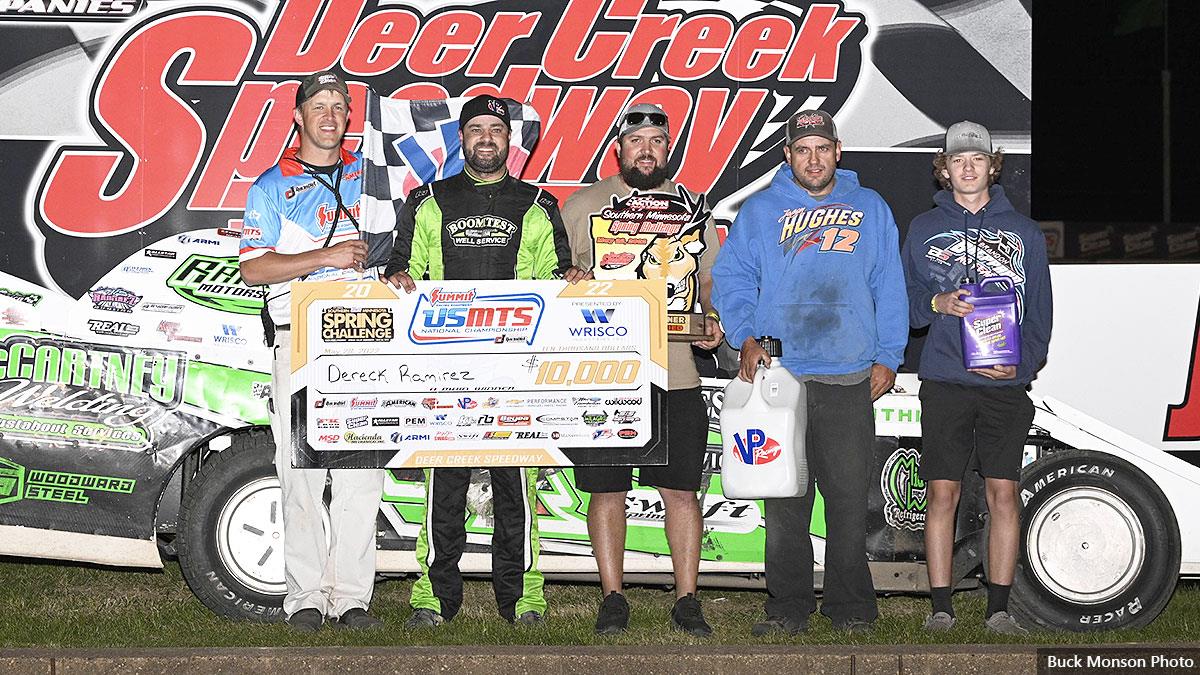 He picked up $10,000 for his second win of the 2022 campaign. For the defending USMTS national champ from Woodward, Okla., it was an emotional post-race celebration following his first win since the passing of his father Leon Ramirez in February after a long, hard-fought battle with cancer.
“I still got my family and they all love me and I know that my dad is smiling down and he's happy,” Ramirez told RacinDirt’s Trenton Berry following the race.

Following a second-place finish in his heat race, Ramirez charged from the 10th-starting position in the feature to register a third-place finish. He followed Lance Mari and Tanner Mullens across the line.

For Saturday’s USMTS Southern MN Spring Challenge at Deer Creek Speedway (Spring Valley, MN), Dereck secured his spot into the main event with a third-to-first run in his heat race.

Leading flag-to-flag in the 40-lapper, Ramirez soared to his second win of the season, which came ahead of Rodney Sanders, Dustin Sorensen, Jacob Blees, and Terry Phillips. He earned $10,000.

The following night at Winneshiek Raceway (Decorah, Iowa), Dereck’s heat race win placed him on the third row for the $10,000-to-win A-Main. Carrying a steady pace in the 40-lap affair, Ramirez notched a sixth-place finish.

On Monday afternoon at Mason City Motor Speedway (Mason City, Iowa) for the eighth annual Double Down Showdown, Ramirez edged his way into the finale with a fourth-place finish in his heat race. Wheeling his way from ninth, Dereck was unable to track down race-long pacesetter Dustin Sorensen but reeled in a runner-up finish in the 40-lap feature. Zack VanderBeek rounded out the podium.

Full results from the weekend as well as the latest series standings can be found at www.USMTS.com .

This week – Thursday-Saturday – a trio of USMTS events await Ramirez. Action opens on Thursday at Dallas County Speedway (Urbana, Mo.) before shifting to Lakeside Speedway (Kansas City, Kan.) on Friday for the 2022 edition of the Grant Junghans Memorial. The weekend draws to a close on Saturday as the USMTS contingent makes their debut at I-70 Speedway (Odessa, Mo.). 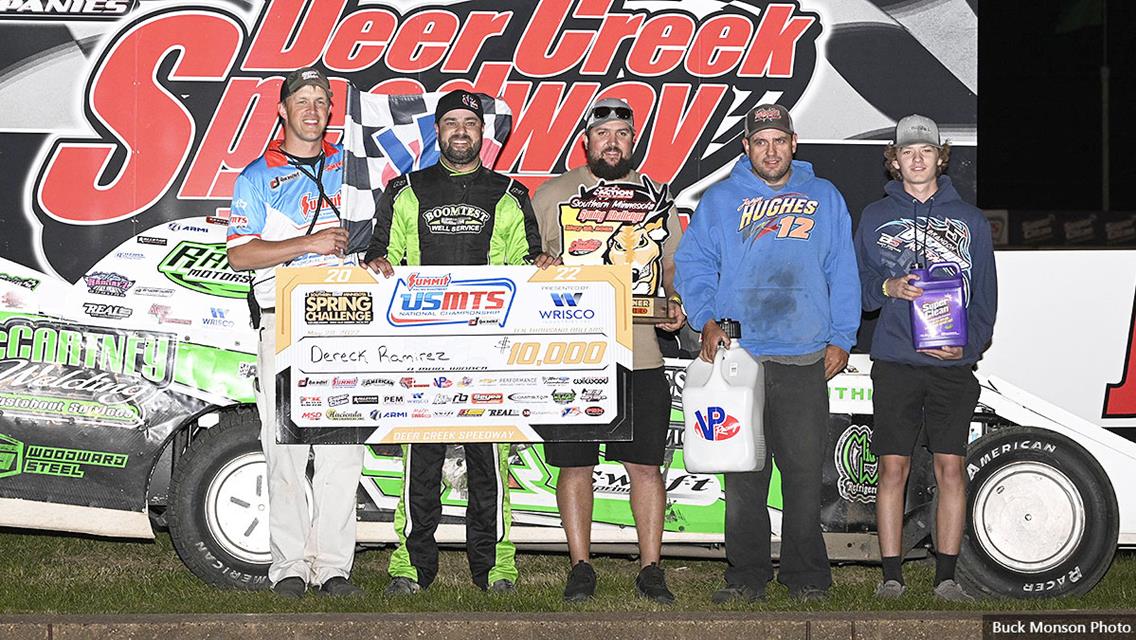 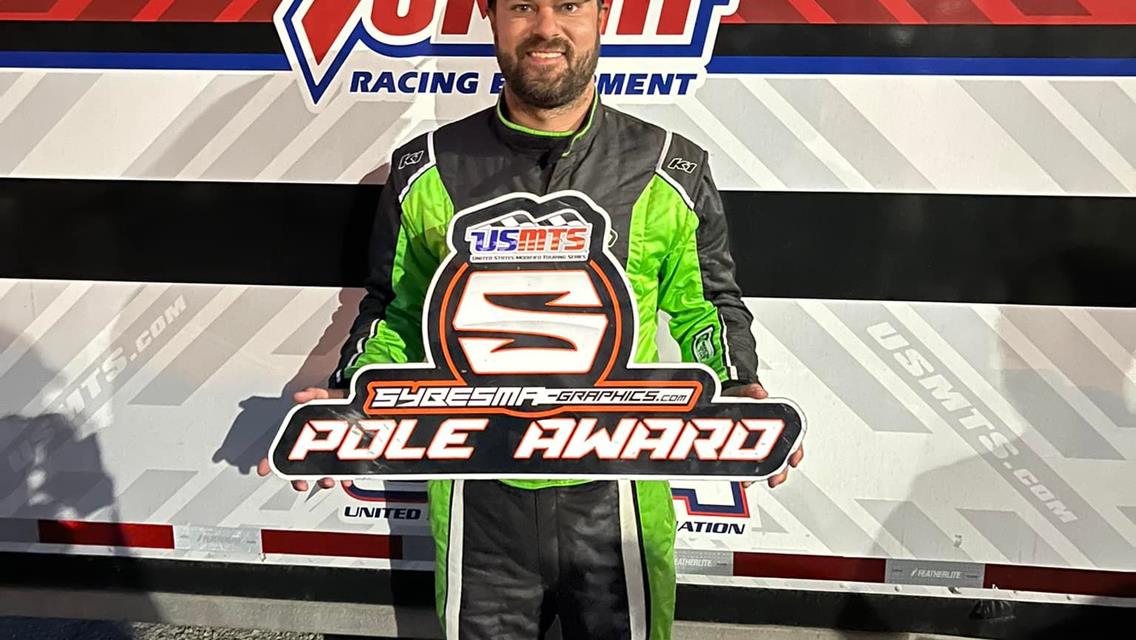