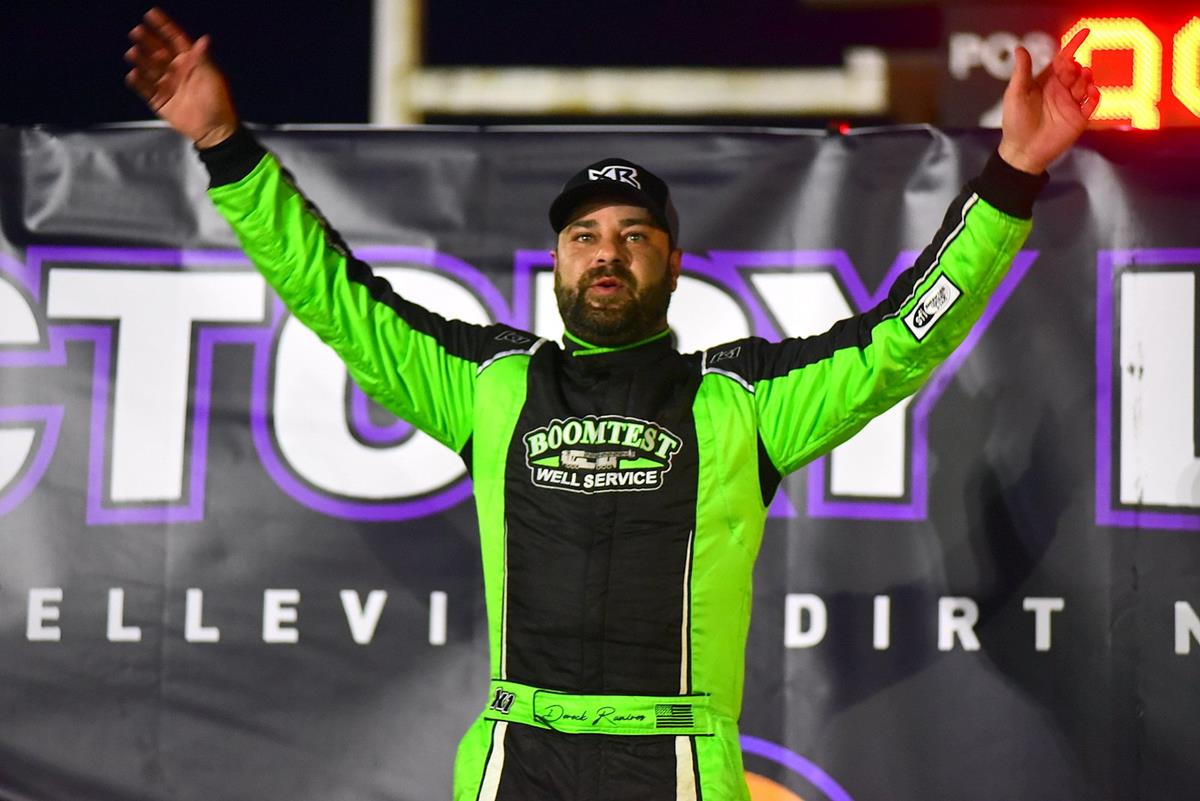 The victory came at the infield track at the Belleville High Banks and was worth $5,000.

“We didn’t know what to expect of this new track, but it actually raced really well. We got to the lead around the halfway mark and led the rest of the way for the win,” Ramirez said. “Now our team is gearing up for The Masters at Cedar Lake (Speedway). I’ve had some good runs there in the past, so hopefully we can use our notes to be a contender all weekend.”

With a fourth-to-second run in his heat race placing him on the third row for the feature, Ramirez tracked down early leader Cayden Carter at the halfway point and paced the field for the remainder of the 40-lapper to capture his third win of the season and a $5,000 prize. He finished ahead of Carter, Jason Hughes, Zack VanderBeek, and Tanner Mullens.

On Saturday, Dereck edged his way into the $10,000-to-finale with a third-place finish in his heat. Starting in ninth, Ramirez rebounded to finish 14th after drawing the fifth caution of the race while running in fourth.

With Friday's win, Dereck has climbed to third in the latest USMTS point standings.

Full weekend results and the latest series standings can be found at www.USMTS.com . 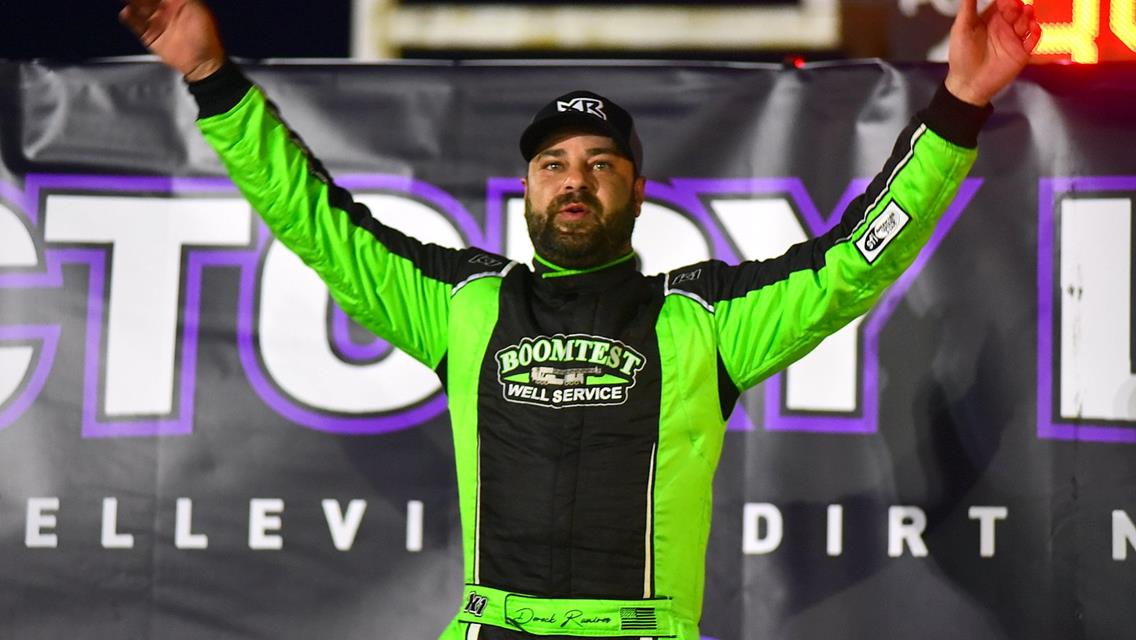 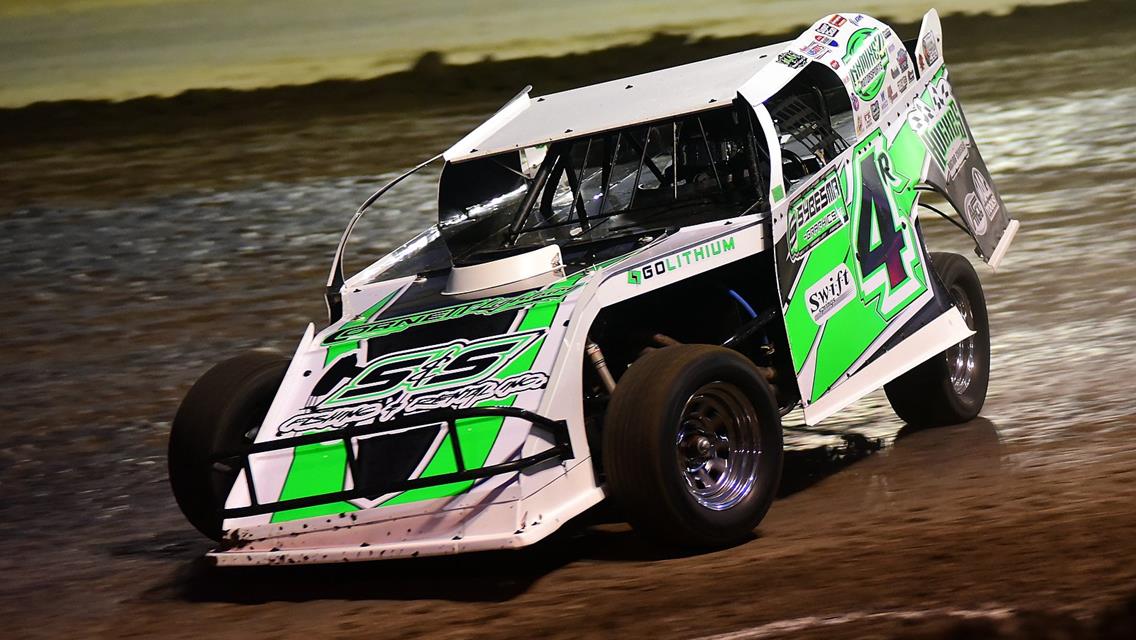 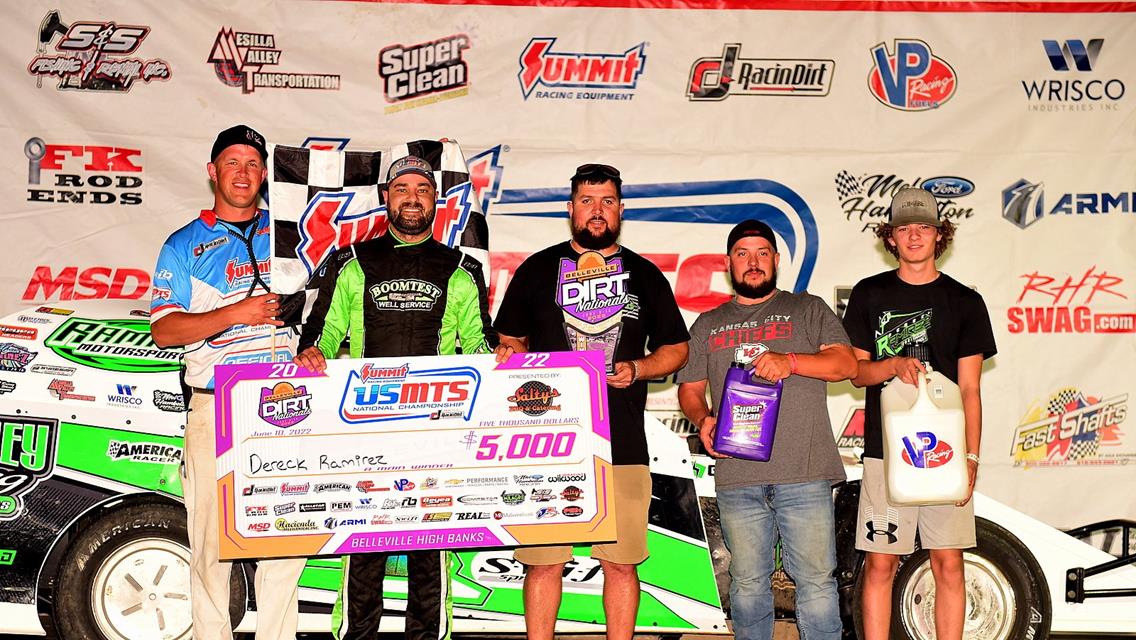