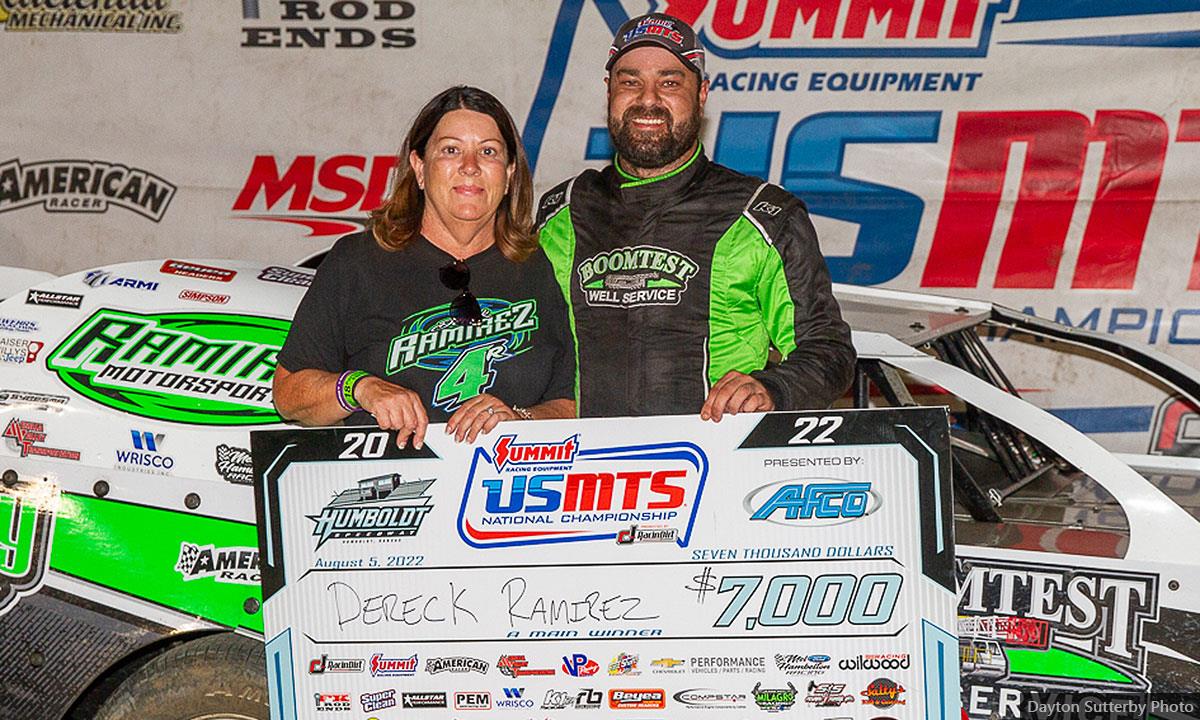 He raced to back-to-back victories, which resulted in over $17,000 in winnings as his season win total grew to six.

“I bided my time there on Friday night at Humboldt (Speedway) and got to the lead late and got the win. On Saturday we led the whole way at Lucas Oil Speedway, but it was far from easy. I did all I could. I manhandled that thing. That was not my kind of race track, but it all worked out,” Ramirez said. “It was a great weekend for us, and now we are gearing up for three big races. Time is running out on the season, so we’ve got to be hitting on all cylinders if we are going to make a run at another championship.”

With 45 Modifieds on the grounds, Ramirez advanced one spot in his heat race to pick up the eight-lap victory. Starting the $5,000-to-win A-Main in sixth, Dereck carried a steady pace in the 35-lap affair to register a sixth-place finish.

The following night at Humboldt Speedway (Humboldt, Kan.) for the 16th annual USMTS Summer Fling, Dereck’s fourth-to-second showing in his heat positioned him on the second row for the feature.

Overtaking race-long pacesetter Terry Phillips for the lead on lap 30, Ramirez led the remaining distance of the 42-lapper to capture his fifth win of the season and a $7,000 payday. He claimed his 23rd USMTS triumph ahead of Tanner Mullens, Terry Phillips, Rodney Sanders, and Tyler Davis.

For the Slick-Mist Show Me Shootout on Saturday evening at Lucas Oil Speedway (Wheatland, Mo.), Ramirez followed up a heat race win with a flag-to-flag victory in the 42-lap feature. He turned back a charging Jake O’Neil to secure his second win in as many nights and sixth of the 2022 campaign.

Collecting $10,000, Dereck took the checkers ahead of Darron Fuqua, Dustin Sorensen, Tyler Davis, and Tanner Mullens. The victory marked his third-straight in the event.

Dereck is third in the latest USMTS point standings, just 95 markers removed from the top spot.

Full results from the weekend as well as the latest standings are available at www.USMTS.com . 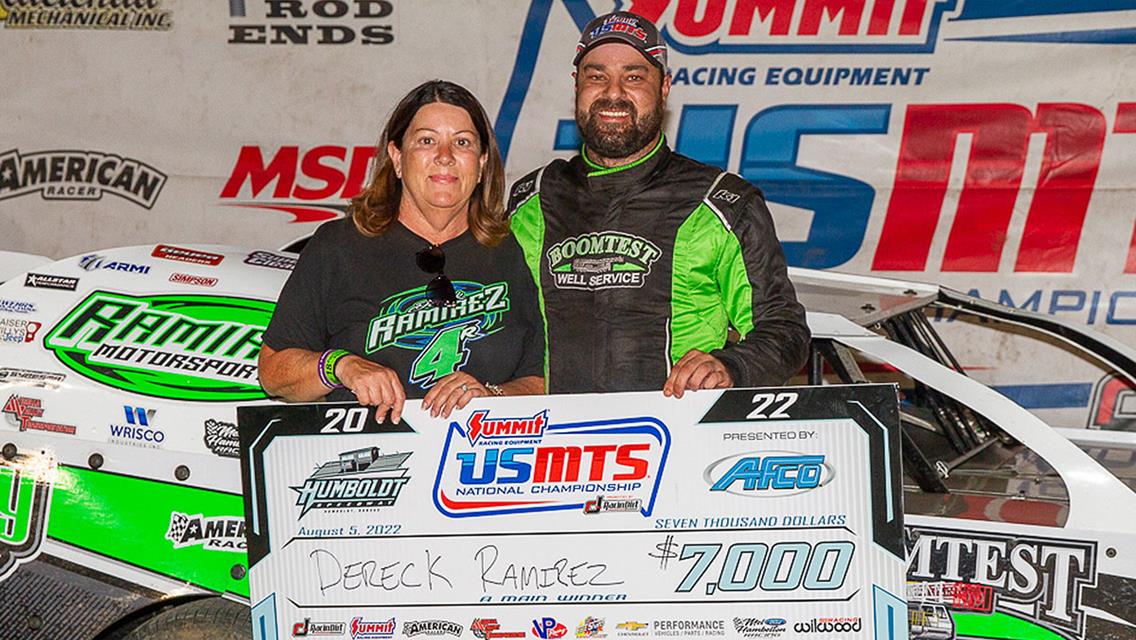 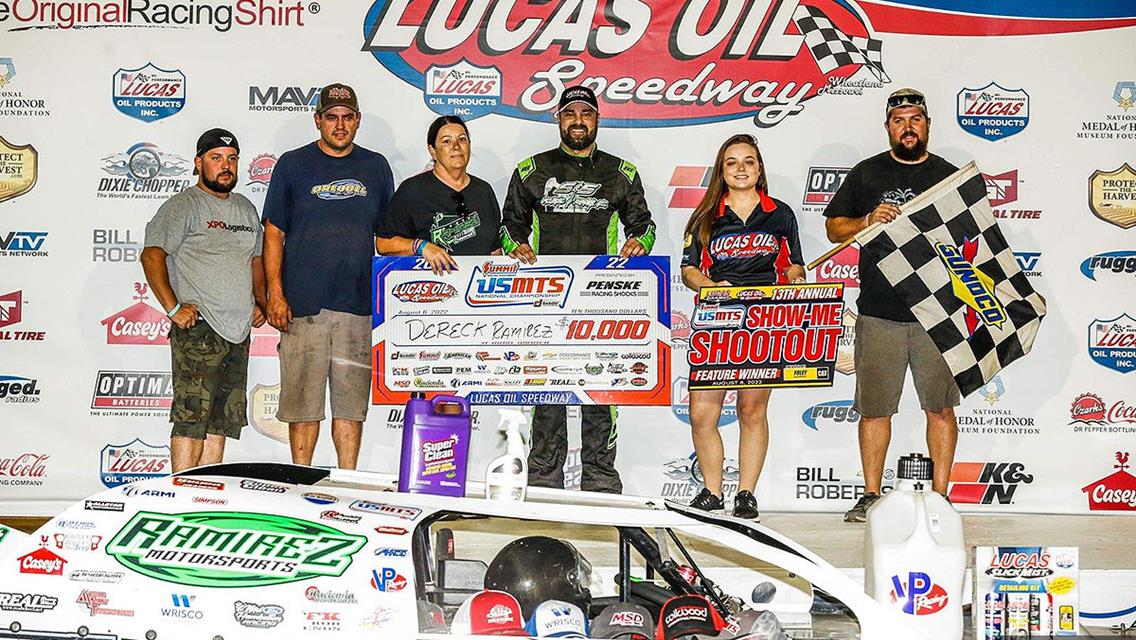