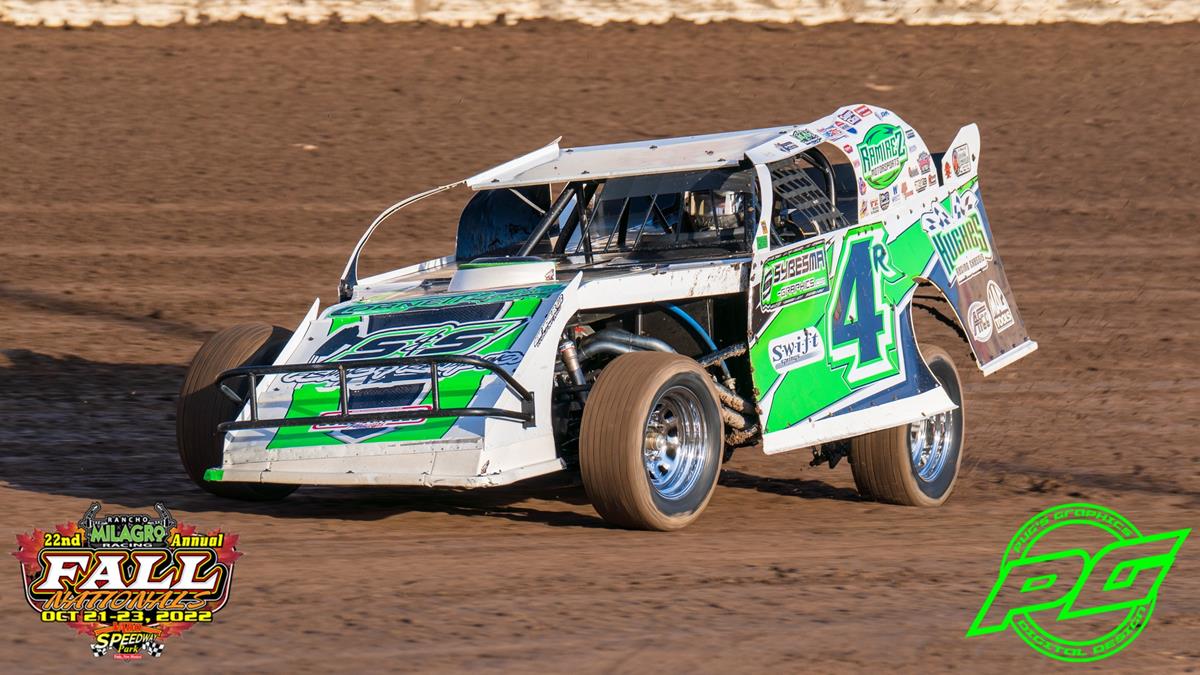 Earning the 12th-starting position for Friday’s prelim via a runner-up finish in his heat, Ramirez advanced forward seven spots in the 20-lapper to register a fifth-place finish.

For another round of preliminaries on Saturday, Dereck followed up a second-place performance in his heat with a 13th-to-fourth run in the feature.

With preliminary results from Friday and Saturday placing Ramirez on the third row for Sunday’s $22,000-to-win USRA Fall Nationals finale, Ramirez gained one position in the 50-lap affair to place fourth. He followed Cade Dillard, Johnny Scott, and Jake O’Neil across the line with Jake Timm coming in fifth.