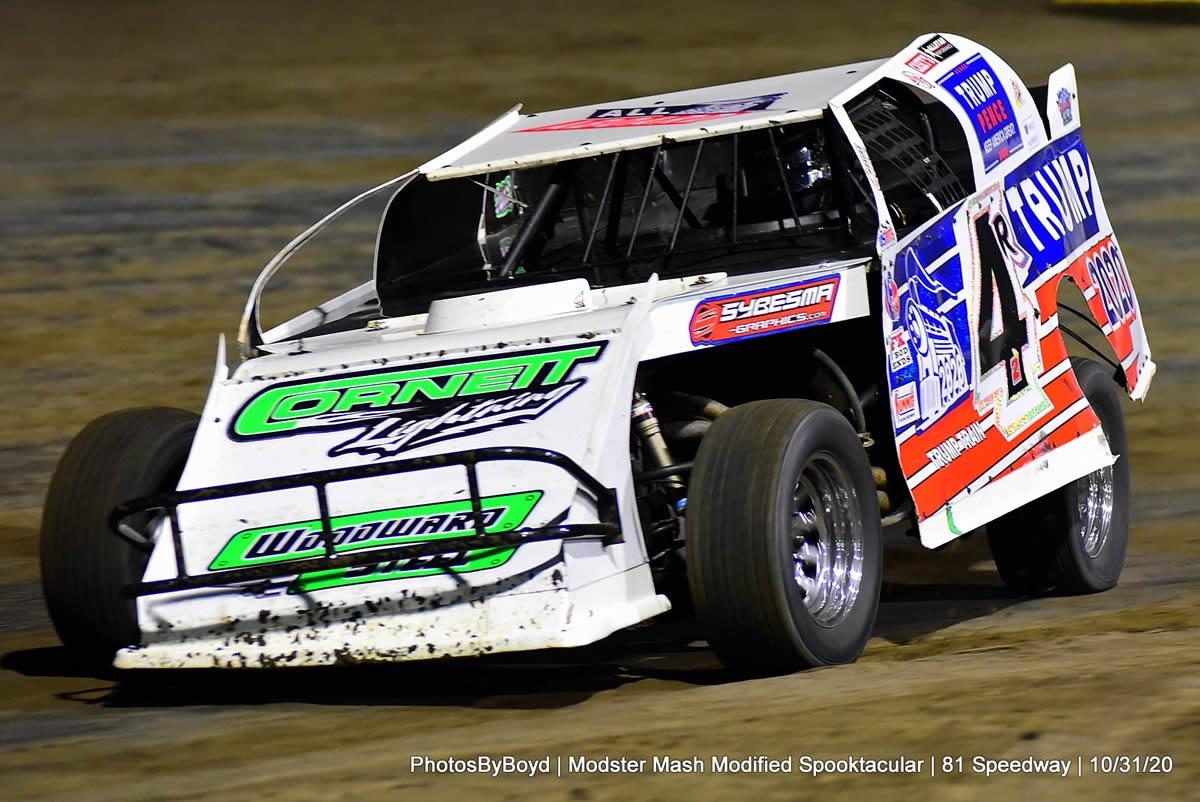 After losing Thursday night’s opener at Tri-State Speedway (Pocola, Okla.) to saturated grounds, Dereck Ramirez headed to Lakeside Speedway (Kansas City, Kan.) on Friday for the fifth annual Grant Junghans Memorial. With mechanical issues forcing him to retire on the third lap of his heat, Dereck transferred into the B-Main for another shot at the $10,102-to-win A-Main. Sending the Top 3 into the show, Ramirez passed 10 cars in the 15-lapper to place fourth.

On Saturday evening at 81 Speedway (Park City, Kan.) for the second round of the Modster Mash, Ramirez posted a runner-up finish in his heat behind Terry Phillips, which positioned him 11th on the starting grid for the feature. With $10,031 on the line, Dereck was an early retiree from the 40-lap affair on lap 36.

The following night at Humboldt Speedway (Humboldt, Kan.) for the Halloween Hangover at The Hummer, Dereck secured his spot into the $5,000-to-win finale with a second place finish in his heat behind Jason Hughes. Rolling off ninth, Ramirez clawed forward four spots in the 40-lapper to place fifth behind Lucas Schott, Brooks Strength, Jimmy Owens, and Jake O’Neil. (Todd Boyd photo)