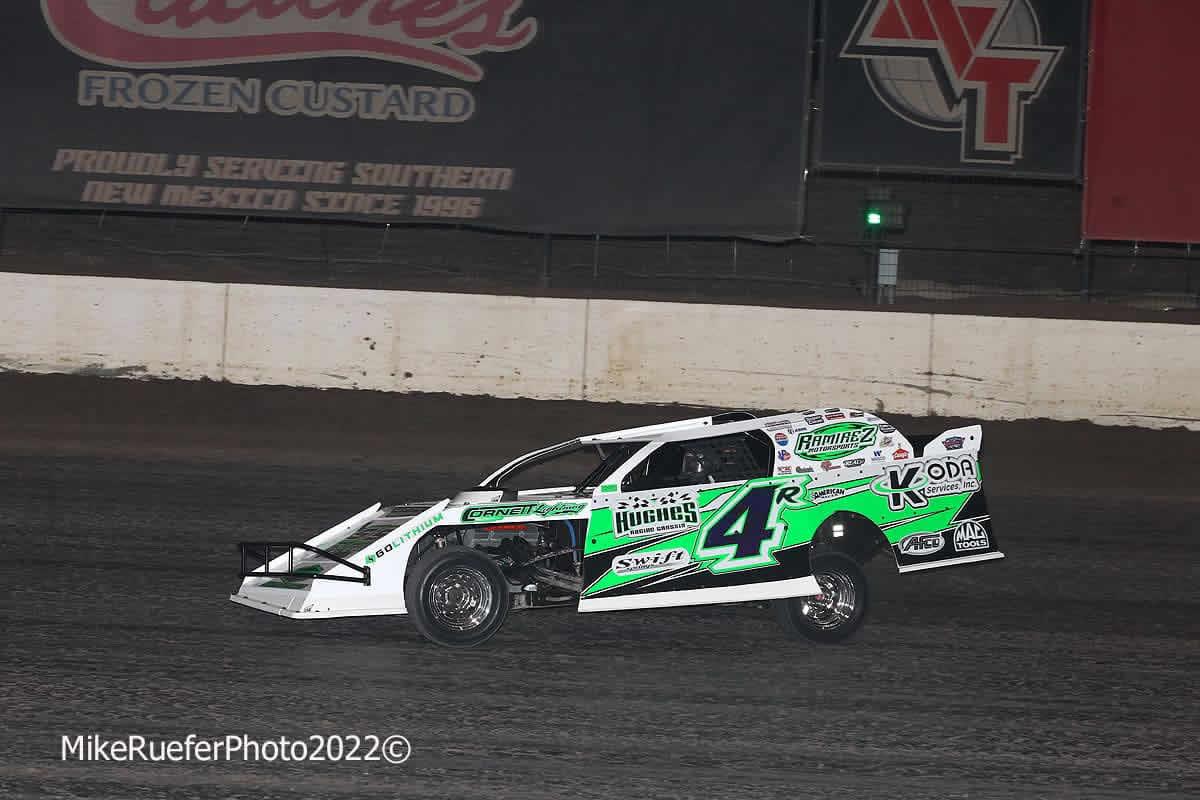 On Wednesday, Dereck Ramirez returned to Vado Speedway Park (Vado, NM) for the third round of the Wild West Shootout presented by O’Reilly. With a ninth-to-third run in his heat race placing him on the pole for the $2,000-to-win A-Main, Ramirez faded one spot in the 30-lapper to finish second. He trailed Rodney Sanders to the checkers with Tanner Mullens coming in third. (Mike Ruefer photo)

For another $1,000-to-win A-Main on Friday, Dereck followed up a heat race win with a fourth-place finish in the feature. He followed Rodney Sanders, Tyler Peterson, and Jake Gallardo across the line with Tanner Mullens coming in fifth.

On Saturday, Dereck’s seventh-place finish in his heat race relegated him into the B-Main. After passing five cars in his consolation event to finish second, Ramirez charged from the 10th row in the feature to finish seventh.

To wrap up the 16th annual Wild West Shootout on Sunday, Ramirez secured his spot into the $2,000-to-win finale with a second-place finish in his heat. Improving three spots in the 30-lap affair, Dereck scored a third-place finish.