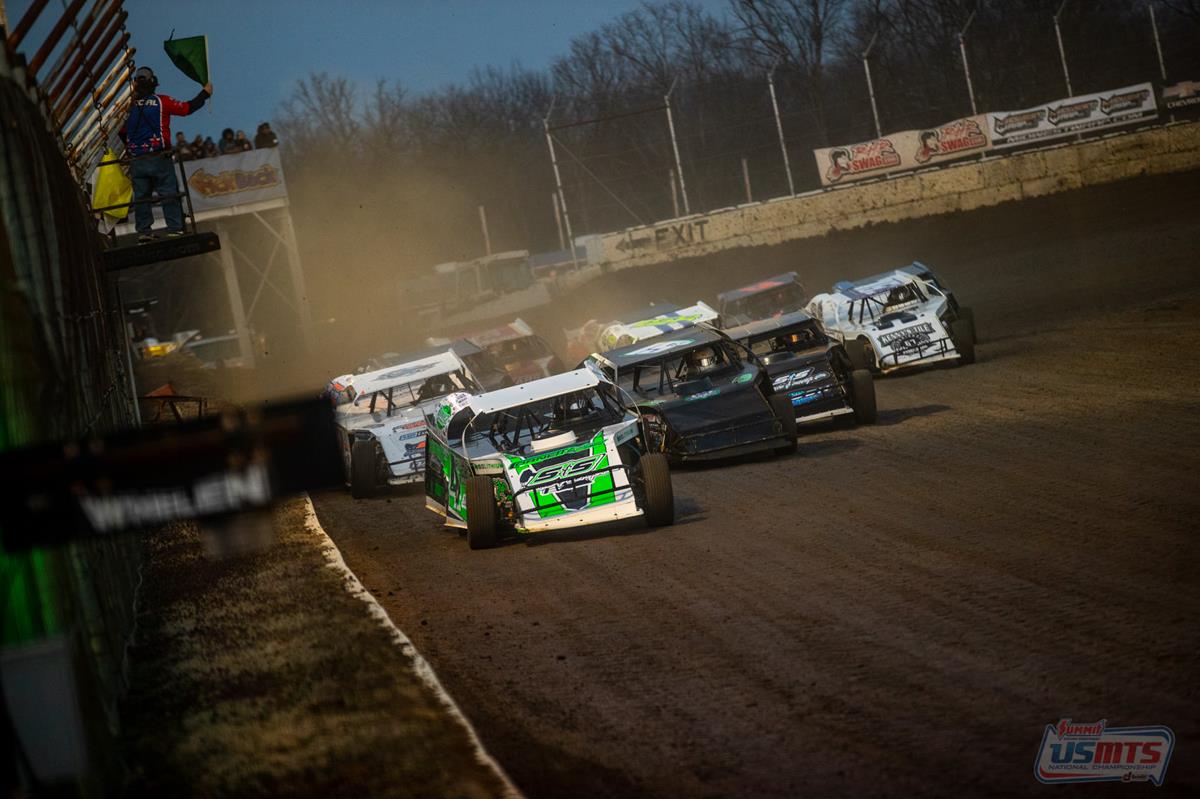 Picking back up with the United States Modified Touring Series (USMTS), Dereck Ramirez traveled to Humboldt Speedway (Humboldt, Kan.) on Friday afternoon to take part in the Summit King of America XI presented by RacinDirt. After locking his spot into the preliminary feature with a fourth-to-first run in his heat, Mother Nature made an appearance and postponed the feature to Saturday afternoon. (Tyler Rinken photo)

Swapping back-and-forth for the lead with Kale Westover, Ramirez came up short at the line to finish second. He trailed Westover to the checkers with Tyler Peterson coming in third.

Later Saturday night, Dereck outran Lance Mari in his heat race to pick up the eight-lap victory. Starting the $15,000-to-win King of America XI in fifth, Ramirez clawed forward one spot in the 60-lapper to register a fourth-place finish. He followed Jake O’Neil, Darron Fuqua, and Dustin Sorensen across the line with Jason Hughes rounding out the Top-5.