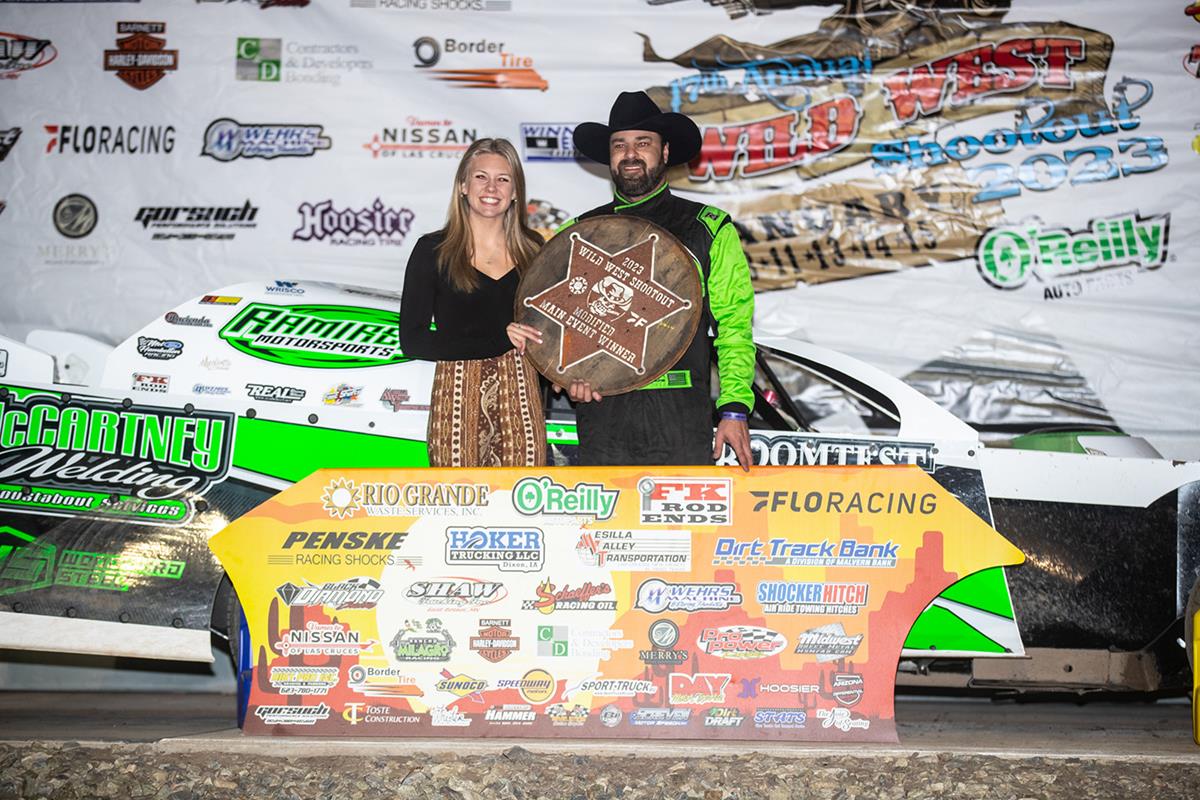 The victory was the first of the season for the pilot of the S&S Fishing & Rentals No. 4R Koda Services/ Boom-Test Well Service/ Raw Truck Wash/ Hughes Racing Chassis/ Cornett Racing Engine Modified.

“I was making up ground on the leader (Tom Berry Jr.) late in the feature there, and then he got over the cushion a little bit and that opened the door for me to go by on the inside. Pretty great to start the year with a win so early,” Ramirez said. “Last time I was in Victory Lane here (Vado Speedway Park), dad was still here with us. We lost him not long after the event last year, and I sure miss him. It’s great to have my family here tonight. Thanks to everybody who supports us, and we’ll try to get another win or two before this deal is over.”

With 53 Modifieds packed into the pit area for the 17th annual event, Ramirez outran fellow front-row starter Lance Mari in his heat race to pick up the eight-lap victory. Rolling off ninth for the opening night feature, Dereck inched forward three spots in the 25-lapper to register a sixth-place finish.

On Sunday, Dereck secured his spot into the main event with an impressive fourth-to-first charge in his heat race. Wrestling away the lead from early pacesetter Tommy Berry Jr. on lap 21 of the feature, Ramirez fended off Berry’s late challenge to claim his first win of the season and a $2,000 payday. Berry, Rodney Sanders, Dan Ebert, and Tyler Davis completed the Top-5 finishers in the 25-lap affair.

Full results from the weekend are available at www.WildWestShootout.net.